An exceptional 4th edition of the Brussels Grand Prix.

Thanks to the very good weather conditions, an excellent field of competitors and a very fast track, many athletes broke their personal records at the Brussels Grand Prix which was held as usual at the mythical King Baudouin stadium in Brussels.

The performance of the day is undeniably the merit of the Brussels hurdler Anne Zagré (RCB) who ran 13.09 on the 100m hurdles.

In addition to a personal record, Anne was selected for the world championship in Daegu (South Korea). The U24 limit is 13.10. A few minutes later, with a slight headwind, Anne Zagré put down a seasons best in the 100m in 11.56 beating the South African Carina Horn. During her 3rd race of the day, in the 100m hurdle final, she finished 13.23. Anne is in great shape and will, before going to Daegu, participate in the European U23 Championship, where she will focus on nothing less than the title.

During this afternoon the audience was treated to some great races, especially the 400m with the women, with the victory of the Jamaican Davita Prendergast who defeated the British Lee Mc Connel in 51.49 and with the men with the victory of the American Manteo Mitchel (46.34) for the Irish Bryan Murphy (46.41) and the Belgian Nils Duerinck (46.70).

In the 400m hurdles, great achievement of the British Eilidh Child who wins the race in 55.88 for the Italian Manuela Gentili (56.42). In the men’s category it is the American Justin Gaymon; currently 12th in the world who won in a time of 49,68. The Belgian Michael Bultheel ran 50.40, while the junior from Herentals, Stef Vanhaeren, pulverizes his record and brings it to 50.54.

At 3000m, victory of the Brussels runner Abdeljebbar Sihammane with a time of 8.28.46. In the high jump the junior Bram Ghuys (OEH) won with 2.12m. In the long jump the victory went to the Dutch Jonathan Pengel with 7.14m. 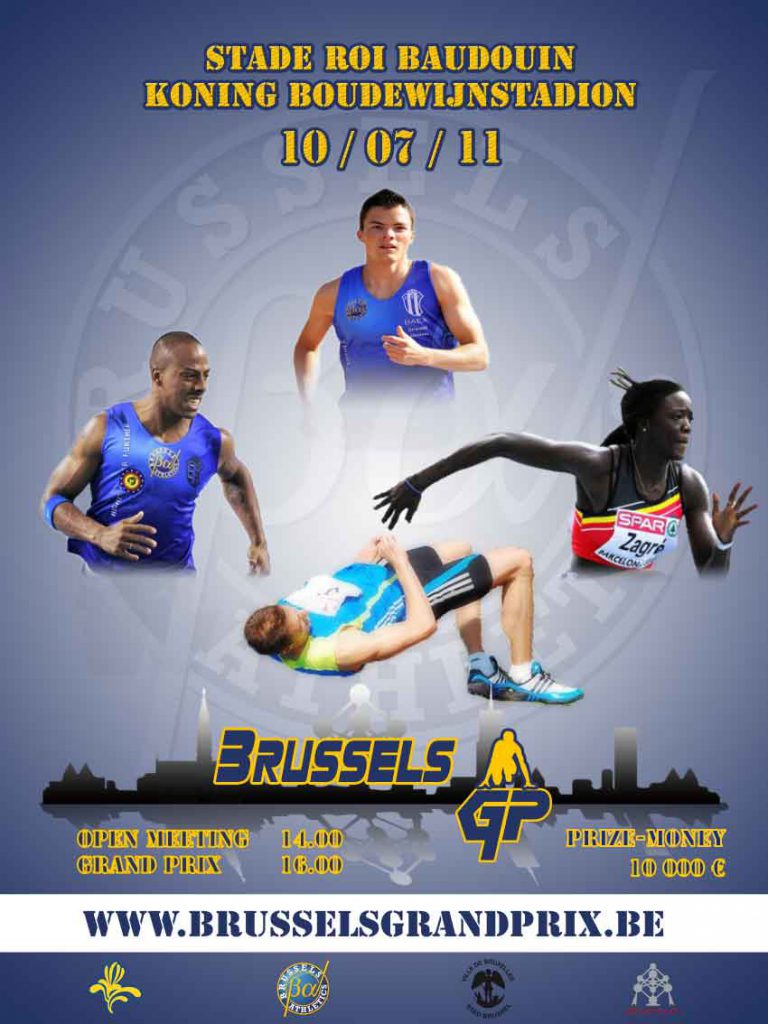 A new date for the Brussels Grand Prix!